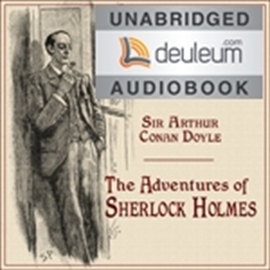 Dr. Watson chronicles here some of the more interesting detective cases that he and his good friend, Mr. Sherlock Holmes, have encountered during their association. We see the cases unfold as he does, scratch our heads as does he while the evidence is collected, and then marvel at the impeccable observations, remarkable insight, and doggedness which Holmes displays as he teases apart the tangled clues.
Packaged as twelve distinct cases, by the end of this book your own senses of observation and deductive reasoning should be improved. It's easy to see why this book became a model for detective yarns! (Summary by Mark F. Smith)

Sir Arthur Ignatius Conan Doyle (22 May 1859 – 7 July 1930) was a Scottish physician and writer, most noted for his stories about the detective Sherlock Holmes, generally considered a milestone in the field of crime fiction, and for the adventures of Professor Challenger. He was a prolific writer whose other works include science fiction stories, plays, romances, poetry, non-fiction, historical novels and humours (Introduction by Wikipedia)